Meet Madeline “Maddy“ Jones aka acinidepepe, 23, of Roswell, New Mexico. Madeline is a racist, antisemitic, misogynisitic, and queerphobic bigot. She is a graduate of Brigham Young University a returned Mormon missionary, a Relief Society teacher, and an original member of the Discord server where DezNat came to life. She is also a member of the Rio Dondo Ward of the Roswell New Mexico Stake of the Church of Jesus Christ of Latter-day Saints. She shows the signs of a developed fascist, one who can redpill and radicalize others, with intent, by starting with nuance, jokes, innuendo, etc. …and drawing others into the white supremacist movement. While Madeline enjoys close family ties, a strong bond with her brother Nathan (4K), and is an aspiring writer, she is also a hateful person that spreads bigotry online and in person.

Content Warning: This article contains racist, queerphobic and misogynistic statements, antisemitism, Islamophobia, references to the Holocaust, Hitler, assault and other acts of violence, and other objectionable language. We feel it is important to show examples of this person’s hateful ideology in her own words, rather than merely describing or characterizing it. In all cases where slurs or other offensive words have letters replaced by asterisks, or have been redacted or obscured in images, those redaction’s have been added by the authors of this article, not by the person who is being quoted/screencapped.

Madeline’s friends describe her mostly as a Christian authoritarian and fascist, and so it makes sense that she looks forward to a future Mormon ethnostate. Madeline believes in a future State of Deseret and believes that land within other states should be returned to Mormons to form said state–which she occasionally refers to as a “nation.” She states, “The nation of Deseret requires Utah, Idaho, Arizona, Nevada, Alberta and what’s left of California. It is our rightful clay. Then my fam will all be in the same country lol.”

When an anonymous person asked her the question, “What do you think we should do instead of KILLING POLITICIANS?” Madeline did not give an alternative, responding, “Maybe we should just do it now that I think about it.”

According to Madeline, she was born into a racist family. “You joining the racism. I was born into it,” she reveals. She says her father Damon Jones (who works for the U.S. Border Patrol and trains other cops) has a “colorful vocabulary of racist terms” [4] and that she thinks “It’s funny.” In fact, she says, “He’s an aficionado on Asian slurs.” Madeline must be a daddy’s girl because when asked if she had to choose between having a rich boyfriend or a racist boyfriend, she replied, “Rich. I can talk him into the racism.”

“You joining the racism. I was born into it.” – Madeline Jones aka acinidepepe

It’s plain to see that Madeline was influenced by her father’s racism, but also that she influences him. Madeline brags that her dad is “worried my brother is a neonazi so he won’t listen to him at all. He’s pretty sure I’m not anymore racist than he is so he’s starting to listen more.” In another disturbing revelation, Madeline replies to another user who posts a bag with morale patches, “love the Rhodesian patch. My dad has a copy of that poster.” Rhodesia is a fantasy nation popular with white supremacists. Dylann Roof, the Charleston, South Carolina shooter who murdered nine people at a historic black church in 2015, had a Rhodesian flag sewn into the jacket he was wearing in his Facebook profile image; the name of his website was titled “The Last Rhodesian.”

Madeline Jones is racist. She hates minorities. Her opinions on black people: “They exist.” The word “negro”: “It’s got a nice ring to it.” In fact, Madeline Jones thinks that racism isn’t a “real problem” and that “the real racial conflict is the blacks vs Jews.” She continues, “Most of the antisemitic hate crimes in New York nowadays are committed by black gangs.”

Madeline’s racist statements aren’t limited to black people. When asked to describe her favorite anime in the most racist way possible, she replies combining multiple bigoted views, “A former child jihadist finds he can’t assimilate to peaceful Japanese society as he guards an Asian math prodigy from an elitist cabal who need her to achieve a new world order.” In another tweet she states, “all the intersectional demographics are gonna realize (in general) just how anti-gay and antisemetic blacks, Arabs, and Hispanics are, how racist/sexist Asians are, how racist lgbt people are, how much the Ls, Gs, Bs and Ts all hate each other, etc. It’s gotta happen right?” She has also referred to COVID as “Chinese AIDS.”

“New Mexico sucks but let me tell you we may not have much but we have the best clouds and racial slurs.” – Madeline Jones aka acinidepepe

Antisemitism and References to Hitler

At this point it should come as no surprise that Madeline Jones is also an antisemite. Madeline has used triple parenthesis to refer to Jews and callously makes jokes about Hitler. She jokes that the reason Hitler “had such a devout following” is because he was an anime school girl. When someone posted images and asked people to tell them their favorite one, she responds, “Tbh I love the going steady with Hitler one.” In another offensive joke she tweets, “Hitler was a Rothschild send tweet.” If one were to find offense with her horrible jokes, she would chalk it up to acting like a Jew who took it too seriously.

Madeline Jones does not think Hitler, the person that orchestrated the torture and mass murder of millions of Jews, is very evil. She states, “Is Hitler as bad as everyone makes him out to be? — He’s not the best but he’s not the definition of evil.” She explains further, “If you’re asked to name the most evil person in history, and you say Hitler, you’re not very creative.” Madeline thinks Adolf Hitler was just a trivial person, she explains, “I mean I’m pretty sure you could spot a Jew without the star but hitler [sic] wanted to rub salt in the wound. He was petty.”

On her Curious Cat account, an anonymous user asks, “Have you ever read a news article or seen something so disgusting that made you go. ‘Maybe gas chambers aren’t that immoral after all,'” and Madeline responds, “I like the way you think.” Speaking of morality, when Madeline was given an assignment in one of her classes to write a paragraph on morality and values, she confided, “Probably should turn off this podcast on Hitler’s race theory.”

Madeline also repeats harmful lies about LGBTQ+ people. Madeline is a member of the alt-right, a loose movement with a far-right set of beliefs that reject “political correctness” and “social justice” while embracing white ethnonationalism (see SPLC, Alt-Right). Formerly, she considered herself a member of the alt-light. She states, “When I was an altlite, I got behind the based minority, tolerated the based gay, questioned the tranny. Glad I got out before the based pedo,” referencing the false association between LGBTQ people and pedophilia that hard-line elements of the religious right continues to promote in an effort to demonize gay people (see SPLC, 10 Anti-Gay Myths Debunked).

Madeline states that “deranged person[s]” are gay. She states later, “Honestly one thing that really gets my goat about the byu inclusion office is that everything is for gay students which you guys insist is all normal and nothing for mentally disabled autists like myself.”

Madeline Jones hates women, gays, and minorities. When asked about her thoughts on THOTS (a misogynistic acronym standing for “That Hoe Over There” and derogatory word meaning whore, slut, etc.), Madeline replied, “They bad. We must eliminate them.” She has also stated that “women should not be a marine, get abortions whenever, nor be thots.” Earlier she equated male feminists to “rapists” when arguing against a woman’s right to choose an abortion, “If everyone really understood the abortion debate, only thots and male feminists (rapists) would still be pro choice.”

Madeline is anti-feminist. “In high school,” she tweets, “I was starting to lean more liberal because they were ‘nice.’ Then I saw feminists getting owned online and was like nah I like seeing these people cry.”

She “hate[s] how all [her] female peers are so married to the idea of careers,” and that she feels when she tells them that she’d “rather be a stay at home mom” “they get really condesceding [sic] with me.” Madeline is generally against women in the workforce. She states:

“Anyways this is a big problem with women in the workforce in general and it makes them so depressed. They wanna be the man but they don’t even chase success.” – Madeline Jones aka acinidepepe

Madeline cannot figure out why a man would find a progressive woman attractive. She objects to men dating feminists, saying, “Why is my feminist islamophile roommate always getting dates?? That’s the weird question. Stop it men. Stop it.”

Madeline Jones aka acinidepepe left several clues about her identity and location which also helped us confirm our identification of 4K (Nathan Jones):

Using this information published publicly online we were able to connect Madeline to her brother, Nathan, and other family members. 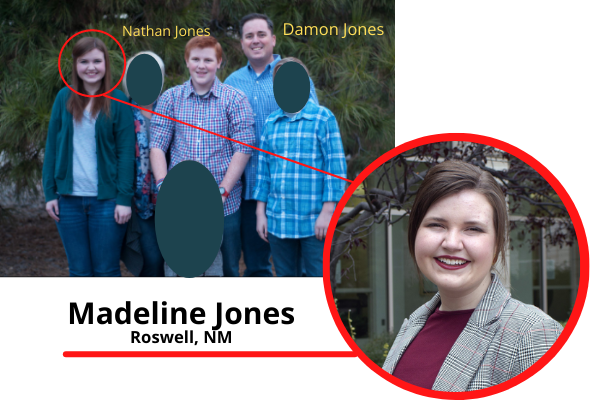 2.) Madeline Jones is a white supremacist and hateful bigot. The Mormon church has officially stated:

“White supremacist attitudes are morally wrong and sinful, and we condemn them. Church members who promote or pursue a “white culture” or white supremacy agenda are not in harmony with the teachings of the Church.” 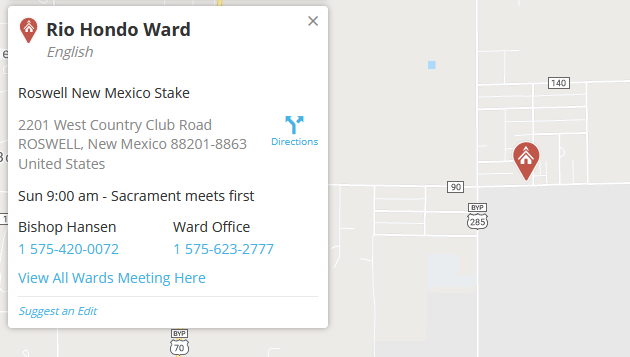 If you have additional information to share regarding Nathan or Madeline Jones, please email exposedeznat at riseup dot net. We do not share sources of tips with anyone.